We’re packing away some soft bud stage peonies in the fridge for use later in July (when no one else will have any!). Stems cut at the right stage and stripped of leaves can keep for up to two months in the fridge when wrapped in newspaper and plastic. 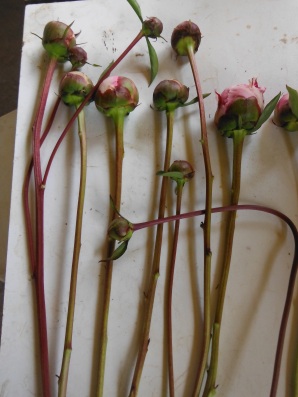 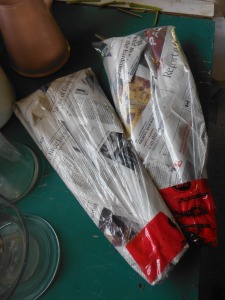 We have a few special dates in July that some lush peonies would be just perfect for. Industrial scale flower operations use this trick to provide consumers with roses for the Valentine’s Day bonanza. Most roses available from florists in February were actually cut in December! A couple of dozen peonies in the back of our egg fridge won’t make us rich but will surely bring a smile to the recipients’ faces!

While we arrest the development of a certain flower, we can’t stop the rapid growth and development of our ten ‘chicks’ which are now almost six weeks old and have just moved out of the nursery into their very own Yolkswagon. Since we don’t know their lineage, we’re guessing that we see some buff orpingtons; barred rock and araucana. The next generation of silvopastured chickens are officially on the job! 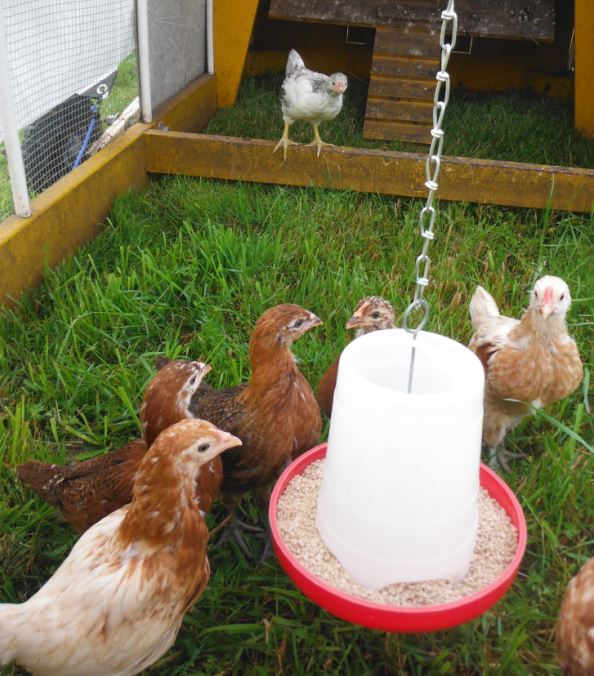 We'd love to hear from you: Cancel reply